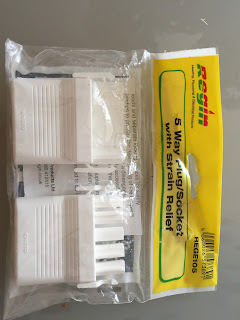 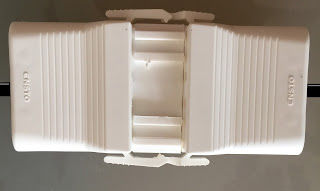 Posted by Andy Blackwell at 04:53 No comments:

There was a time when if you wanted to fit a basin or bath tap you would dig out your standard half inch or three-quarter inch box spanner and tighten or remove the tap's back-nut with little or no bother. Alas, it would appear that those days are gone!

There's been a spate of taps entering the UK market recently that are no longer supplied with what I would call a standard back-nut. It's almost impossible to see if you are going to have an issue from just looking at the nut but when you try to tighten it using a standard tap box spanner it doesn't fit! I guess this could be a manufacturing error but it seems to be so commonplace that I'm assuming they are now using some metric version of the back-nut, a version that is exactly too big to work with the old Imperial box spanner.

The most annoying aspect of this is that not only do they not tell you this when you buy the tap but, because they are so similar in size, you don't get to realise there is an issue until you're stuck underneath the bath trying tighten up your new taps and failing dismally. It wouldn't be so bad if there was an alternative tool to use but, aside from a basin spanner, which is awkward to use at the best of times, there isn't. Occasionally you might be able to get by using an adjustable spanner but more often than not that's just not possible.

I dare say you be able to buy a new metric box spanner for these new taps in the not too distant future but for now it's just plain old-fashioned annoying, although you should be able to get around it by retaining the old back-nuts from the taps you've just taken off, so don't throw anything away until the new taps are on nice and tight.
Posted by Andy Blackwell at 08:07 No comments: